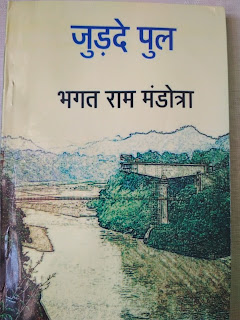 Posted by aarkay at 5:46 AM No comments:

Posted by aarkay at 6:16 AM No comments:

THE  LOOKING GLASS is a famous story by Anton Chekhov.
The main character of the story is Nellie, the daughter of a landowner and General.She is young and pretty and is of marriageable age.
One fine day, as per description by the story teller, she with motionless eyes and parted lips is neither asleep nor awake but is seeing.Out of the looking glass emerges the vague image of a man with face , eyes, beard .... who has a soft touch and bearing ,in short her Prince Charming, with whom she is to spend her life. Days ,months and years trickle by.The frame in the mirror changes and one fateful night, she is travelling in a  horse driven coach over a distance of thirty miles to request one Stepan Lukitch to examine her husband who is suffering from typhus. She reaches the doctor's home, who tired after seeing some patients at far off places himself needs rest and advises Nellie to go to Zemostvo doctor . Nellie expresses her inability to do so as this doctor lives twenty miles still farther and the condition of her husband does not warrant any delay.In desperation, she gets harsh too but somehow is able to persuade the doctor to go with her. Travelling through the night, they reach Nellie's home at five in the morning.Nellie enters the house with the doctor, makes him sit in a sofa in the drawing room and herself goes inside to see how her husband is feeling.As she returns to the drawing room,she finds the doctor  uttering something incoherent, virtually in a delirium.
Suddenly another frame emerges, and she thinks of her husband being in financial straits, unable to pay mortgage money to the bank.Next she is face to face with a situation in which she finds her kids afflicted with illness,and fever and not doing well in the school etc.She also see the shadow of death lurking with the attendant images of candles , deacon and the undertaker. All of a sudden something falls from her hand and she is awake only to find that a mirror has fallen to the ground.
'I must have fallen asleep !' she thinks with a sigh of relief.
The story is a complex one, having only two active and existing characters- Nellie and Stepan Lukitch. Even the husband in the story is without a name and only a blurred image of his is described.
The Zemostvo doctor exists only in name and plays no active role.
It is natural for a young and pretty girl of marriageable age to dream of marriage and find love, companionship and security in marriage.At the same time, factually so and the writer would have us believe , that marriage and married life is much more than a Mills & Boon romance,with harsh realities staring in the face.
A wonderful story indeed !
Posted by aarkay at 4:09 AM No comments:

Today is the birth anniversary of Gulshan Kumar Mehta , popularly known as Gulshan Bawra the lyricist who also acted in some films.
Born this day in 1937 at Shekhupura( now in Pakistan ), his father and his Uncle both became victims of riots during the Partition.Gulshan and his elder brother somehow managed to cross over to India and were brought up by their elder sister at Jaipur. When the elder brother got a job in Delhi, both the brothers shifted there. Gulshan did his graduation from Delhi University .He wrote poetry even while in College.
As luck would have it, he landed a Clerk's job in Mumbai.He came in contact with Kalyanji and Anand ji.His first song was for the film  Chandrasena which was sung by Lata Mangeshkar.The same year, Kalyanji- Anandji duo used his lyrics for the film Satta Bazar, also their maiden  joint venture as composers. The songs Tumhen Yaad Hoga Kabhi Hum Mile The ( Hemant-Lata) & Chandi ke Chand Tukdon  Ke Liye (Hemant) became instant hits.It was during the making of this film that  ' Bawra' got suffixed to his name.The music for half of his songs was composed by R.D.Burman.
The films for which he wrote lyrics include  Upkar, Zanjeer, Khel Khel Mein, Kasme Vaade, Satte Pe Satta, Agar Tum Na Hote and Awaaz.
Besides, as an actor, he wrote character roles in the films Vishwas, Pavitra Paapi, Pyaar Ki Kahani, Jaane Anjaane,Zanjeer, Shahzada, Lafange, Ye Waada Raha, Boxer, and  Basera.
The popular songs written by him include Chandi ki deewar na todi, Mere Desh Ki Dharti, Yaari hai imaan mera, Sanam teri kasam, Agar tum na hote, Aati Rahengi Baharen, Kasme Vaade Nibhayenge Hum, Pyar Hamen Kis Mod pe le aya and some others.
He won Filmfare Best Lyricist Award twice- in 1968 & 1974.
He died on 7 August, 2009 aged 72.
Our humble tributes !
Posted by aarkay at 3:32 AM No comments:

We as kids were served  tea and milk in enamel  coated  metal  mugs that we used to call tumblers. These mugs  came with a handle and were therefore easy to hold and grip and being made of metal were  unbreakable. These were  coated with  different  colours  from outside , with or without some design  but the inside was invariably white. These remained in use for a long time  till the enamel would wear way and metal would start showing.These were ordinary stuff, that came  cheap, a far cry from the fancy and costly mugs that are marketed online  nowadays.   But it is for some  unpleasant reason that  these linger in my memory. 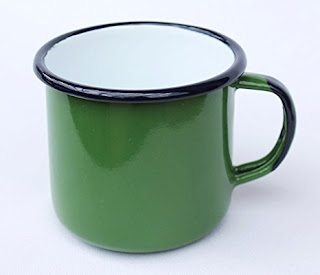 I was a 5-6 year old  school going kid when one fateful day, I fell from the bed  the bed  and  the edge  of a tumbler hit me  hard  on the left side  just below the neckline. With  this started my two months’ long ordeal.  Apart from the  pain, the  portion  got swollen and developed into a lump,  much to the  worry  of my parents. I  was taken to the  hospital and the doctor prescribed  injections. On alternate days , I was taken to the hospital, was first given steam   and  afterwards given an injection. This went on for quite some days but was  of no avail . Someone  suggested applying poultice to the  affected portion . Poultice – hot halwa made in alsi oil was  applied  to the  affected portion and it seemed to work . After a  few days, probably on a Sunday, the lump  burst and  a lot of pus came out, which was wiped and removed  with  cotton  . At last my ordeal came to an end , much to the  great relief of my parents.

Posted by aarkay at 6:54 AM No comments:

Today is the death anniversary of Prof. Birbal Sahni  FRS, an eminent scientist.He was born on 14 November 1891 in an illustrious family of Undivided Punjab that laid great premium on Education. He and his four siblings were sent to England for studies. His grandfather was an amateur researcher in Chemistry and his father Ruchi Ram Sahni was a Professor of Chemistry and also an Archaeologist. 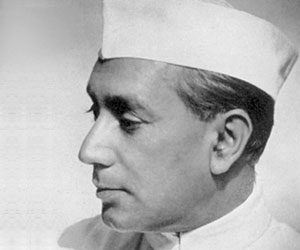 Initially educated at University College ,Lahore and the Punjab University, Birbal Sahni studied at Emmanuel College, Cambridge and subsequently obtained was awarded a Doctor of Science degree from the London Universty in 1919. Returning to India, he taught at the Benaras Hindu University, Punjab University and Lucknow University.
Birbal Sahni who was a paleobotanist ,made a pioneering study and research on Fossils in India.In 1936,he was made a Fellow of the Royal Society, a rare honour those days.
He was hailed as the most handsome FRS.His other interests included Geology and Archaeology.
Many honours and recognition came his way. He was the President of  National Academy of Sciences, India and the Honorary President of International. Congress of Botany, Stockholm .
He died this day in 1949 aged 58.
The Institute of Palaeobotany  that he founded at Lucknow in 1946 was named after him after his death.

Our humble tributes to the great scientist   !
Posted by aarkay at 2:52 AM No comments:

Today is the death anniversary of Shakti Samanta the renowned Director and Producer of Indian cinema. He was born on 13thJanuary 1926 at Burdwan, Bengal Presidency of British India. 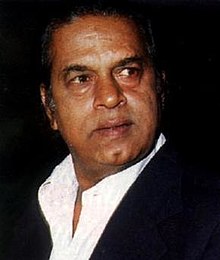 Making his debut as a film director with the film Bahu in 1955,he founded Shakti Films in1957.A highly talented film director, his filmography includes films like  Howrah Bridge, Insaan Jaag Utha, Jaali Note, Singapore, China Town, Kashmir ki Kali, Saawan ki Ghata, An Evening In Paris,Aradhana, Kati Patang, Pagla Kahin Ka, Amar Prem, Anurag, Charitraheen, Amanush, Mehbooba, Anurodh, The Great Gambler and many others.Starting from big names like
Ashok Kumar, and Madhubala, down the line he directed actors like Sunil Dutt , Uttam Kumar and Sharmila Tagore.  To him goes the credit of making a superstar out of Rajesh Khanna.The films Aradhana, Anuraag, and Amanush won Filmfare Award.Some of his films made their way to international Film Festivals.He remained the President of Indian Motion Pictures Association for five years, Chairman of the Central Board of Fiim Certfication for seven years, and Chairman of Satyajit Ray Institute of Films & Television, Kolkata for two years.

Our humble tributes !
Posted by aarkay at 4:15 AM No comments: