Today is the first death anniversary of Tom Alter, an Indian actor of American descent. Born Thomas Beach Alter at Mussourie in today's Uttrakhand on 22 June, 1950, he received his early education abroad. Coming back to India, he FTII  Pune . After passing out from there he rushed to Mumbai .He got his first break in Sahab Bahadur, in which Dev Anand was in the lead roke.His first film to be released was Ramanand Sagar 's Charas.He got to play roles in Ram Bharose, Hum Kisi Se Kam Nahin, and Paravarish.He also dubbed for Jeevan in the movie Amar Akbar Anthony.
He acted in Satyajit Ray's Shatranj Ke Khiladi, and also played the memorable role of a British Officer in Kranti.His other  films include Naukri, Kudrat and Sardar, a film based on the biography of Sardar Patel in the context of partition and Indian Independence.He also acted in an Assamiya film Adajya.Turning briefly to Hollywood, he acted in Peter O Toole's One Night With The King  . 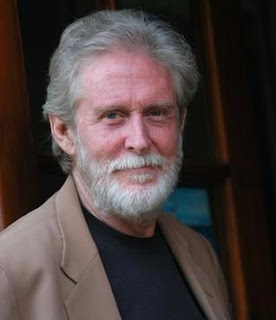 He also acted in TV series Samvidhan, Bharat Ek Khoj, Khamosh Sa Afsana,Shaktiman and Junoon.
He was also active in theatre and  acted in plays like Beckett's  ' Waiting for Godot'
He was also an author and wrote some books.
Well versed in both Hindi and Urdu and familiar with Indian culture , he was fond of Shayari .
He was awarded Padma Shri in 2008.
He died this day last year, aged 67.
Our humble tributes to the very talented and versatile Actor !
Posted by aarkay at 4:35 AM No comments:

Today is the death anniversary of Mahendra Kapoor , a popular ,highly talented and versatile playback singer of Indian Cinema, who strode the Film Music world for decades during the golden era of Indian Cinema and shared space with the stalwarts like Mohammed Rafi, Mukesh, Manna De, Talat Mahmood and Kishore Kumar, lending his voice to all known heroes of the times.Born in Amritsar, Punjab on January 9, 1934 he shifted quite early to Mumbai and learnt Classical music from the likes of Pt.Husn Lal.He came out first in the open music competition called Murphy Metro music competition which opened the doors of professional playback singing.He got the opportunity to sing in Narang and the songAdha Hai Chandrama Raat  Aadhi , a duet with Asha Bhosle and  Komal Komal Charan, Shyamal Shyamal varan, a solo became instant hits.He went on to sing beautiful melodies, both solos and duets in films like Dhool Ka Phool, Waqt,Sohni Mahiwal, Yeh Raat Phir Na Aayegi,Gumraah, Doli, Humraaz, Sangam, Upkar, Poorab Aur Paschim,Nikaah,Fakira, Muqaddar Ka Sikandar, Jai Santoshi Maa, and many many others. Apart from Hindi films, he sang for Punjabi, Marathi and Bhojpuri films.
He considered and acknowledged Muhammad Rafi, the legendary play back singer and a fellow Amritsari as his mentor and paid him glowing tributes on many occasions.
The throw and range of Mahendra Kapoor's voice was amazing. He sang the title song of popular TV serial Mahabharat . 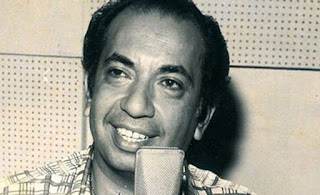 His song 'Chand chhupa aur taare doobe...' from the film Sohni Mahiwal remains my personal favorite as are the songs from Humraaz, Gumraah, Dhool Ka Phool, Navrang..... and many many others. He also sang a duet with Muhammad Rafi, 'Kitni haseen aaj ye taaron ki Raat hai... ' for the film Aadmi.
He also gave a number of stage performances.
A Star singer at the Shimla Summer Festival in the early ' 70s, he also recorded two Himachali Pahadi songs for Akashvani.
He was a recipient of Padma Shri, National Award for Best Male Playback
Singer and  the Filmfare Award for the Best Male Playback Singer.
He died this day in 2008 aged 74.
Our humble tributes to the great singer !
Posted by aarkay at 6:33 AM No comments:

Today is the death anniversary of Rajendra Krishan, a highly talented poet, lyricist and Screenwriter of Hindi Cinema. Born on June 6, 1919 in undivided Punjab, British India,he became fond of writing poems while still in school.In his early life he worked as a Clerk in Shimla till 1942.A voracious reader of Indian and Western authors, he acknowledged his indebtedness to the Urdu poetry of Firaq Gorakhpuri and Ahsan Danish as well as to the Hindi poet's Pant and Nirala.
On mid 40s he shifted to Bombay , now Mumbai to work as a screenwriter.His first screenplay was Janta in 1947. His debut as a Lyricist also came in 1947 with the film Zanjeer. After the assassination of Mahatma Gandhi in 1948 the wrote a lyrical tribute to him,' Suno suno aye duniya walo, Bapu ki yeh amar kahani......', which sung by Mohammad Rafi and composed by Husn lal Bhagat Ram became very popular.
Fame came to him with the lyrics he wrote for the Motilal- Suraiya starrer block buster Badi Behan and another movie Lahore.
Rajendra Krishan never looked back and in the coming years wrote wonderful melodies for the films like 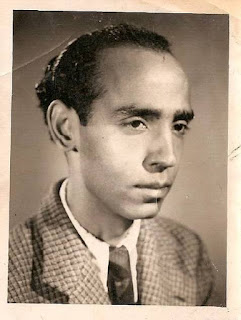 Albela,Aaram,Ladki, Anarkali, Nagin,Azaad, Bhai Bhai, Dekh Kabira Roya,Asha, Adalat, Patang,Barkha, Love In Shimla, Bindiya,,Nazrana, Chhaya, Shaadi, Rakhi, Bluffmaster, Bharosa,Pooja ke Phool, Jahan Ara,Khandan, Pyaar Kiye Ja,Padosan, Brahmchari, Reshma Aur Shera and many many others.He also wrote dialogues for some of the films.He worked with all the leading popular Music Directors of the time.
He was a recipient of Filmfare Best Lyricist Award for the film Khandaan.
He died this day in 1987 aged  68.
Our humble tributes to the great Lyricist !
Posted by aarkay at 4:04 AM No comments:

Today  is the birth centenary of  Jagmohan Sursagar  or simply Jagmohan, a  popular   singer who sang   wonderful  melodies in the ‘40s and ‘50s. Born  Jaganmoy mitra this day in 1918 in West Bengal, he sang  a number of film and non film songs for  Kamal Dasgupta, a Bengali  music composer. He himself is known for a song  ‘Pyar ki yeh talkhiyan ……’ which he composed for    ‘Sardar’ a 1955 movie. The song was sung by Lata Mangeshkar and was an instant hit. Jagmohan  also performed on stage shows  and sang along side many contemporary singers. His soft,  soothing , soul touching voice has a class of its own and  is a far cry from the loud film music  one comes across these days. The list of some of the very popular songs  he sang  goes like this : 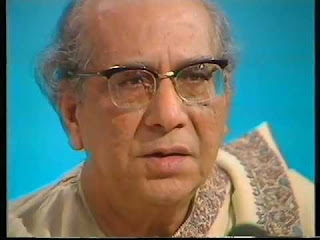