Today is the death anniversary of Joy Mukherjee, the Bollywood actor and director.He was a lead romantic hero in most of the Hindi films made in '60s through '70s.He was born Jai Om Yadav Mukherjee on 24th February 1939 at Jhansi in the United Provinces . Making his debut in 1960 with the romantic flick Love in Simla opposite Sadhana, he went on to work in movies like Ziddi, Ummeed, Phir Wahi Dil Laya Hoon,Shagird, Ek Musafir Ek Haseena, Love in Tokyo, Dil aur Mohabbat, Love in Bombay, Humsaya, Ek Kali Muskayi and many many others. He paired with all  popular heroines of the time.The songs picturised on him whether solo or duets became instant hits.
He died this day in 2012  aged 73.
Our humble tributes ! 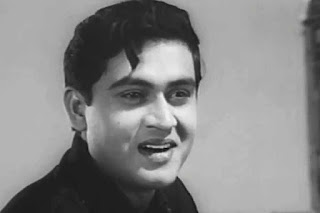