As regards fashion in attire, we males are definitely at a disadvantage.We have a very limited choice in respect of the fabric, the colors that may suit us and the cuts and designs. As school students we had no choice but to wear school uniform -white shirt, blue or khaki or grey pants at various stages . Other than the uniform, the other dresses that we wore out of the School were of different colours.The fabric for shirt was invariably cotton and rarely the synthetic  Tere Lyn.The pants came in tusser as a superior variant to the jean cloth that we wore for uniform.Terrycot and Terrywool we wore in College, where there was no prescribed uniform.During the entire school life, the pants were cuffed at the bottom . Uncuffed, straight ,plain pants we wore in College and in later life.
A conservative in matters of dress, I never had any Levi's , Denims or Blue Lagoons and stuck to the creased pants and trousers.Carduroy fabric was also in vogue and was available in various colors.The gaudy, bright colors were a big no no ,and looked elegant on silver screen only,with heroes like Dev Anand and Rajesh Khanna sporting them.One could take some liberty with shirt colors but for pants, only black, grey, cherry, navy blue, cream or some other light shade would do. For males , anything outlandish worn would invite the epithet 'dandy' which was welcome only from close friends.These days there is a better market for casuals than formals, the latter being only for ceremonial occasions and formal official meetings. 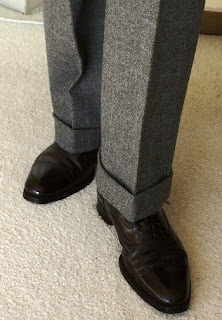 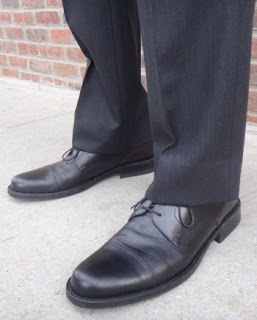