Today is the birth anniversary of Talat Mahmood, the legendary playback singer with the silken voice.He was born this day in Lucknow in 1924 in a conservative Muslim family.At s very young age he started singing ghazals at AIR . Later he shifted to Calcutta . He cut his first disc for HMV in 1941.He went to Bombay and  tried his luck with acting . 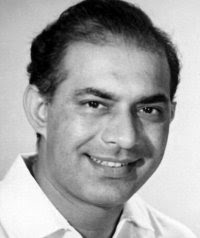 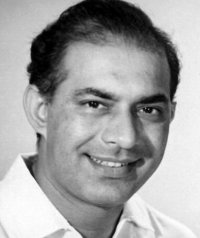 He acted in a dozen films  with heroines like Shyama, Suraiya, Mala Sinha ... but soon realized that he was not  cut for a career in acting.Singing and singing ghazals was his forte though romantic film songs - solo and duets- sung by him also became immensely popular.Apart from Hindi film songs, he also sang Bengali songs and became equally popular a singer in both. Apart from the timeless romantic and sad melodies that he sang for films in his lilting silken voice, his non film songs like ' Tasveer Teri Dil Mera Behla Na Sakegi ' became and are still a rage.
He had a class following of his own among the literary Urdu speaking gentry.Only Muhammad Rafi and Mukesh besides him enjoyed such fan following among serious music lovers.
He was a  recipient of  Padma Bhushan.
He died on May 9,1998 aged 74.