Today is the birth ( and also death) anniversary of Dr. Bidhan Chandra Roy, FRCS, MRCP . He was born this day in 1882.An alumnus of Calcutta Medical College, he is credited with qualifying both FRCS & MRCP simultaneously in a short period of two years and three months, a rare feat not equalled by anyone after him.He was the second Chief Minister of West Bengal and is remembered as the builder of West Bengal, having established many cities. 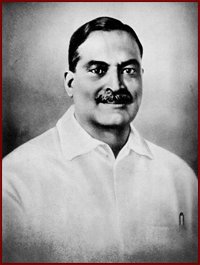 His birth day is observed as the National Doctors Day in India .
He was a recipient of Bharat Ratan, the highest civil honour in India.
He died this day in 1962 aged 80.
Our humble tributes to the luminary !