Jagdish Bali's post informs of the  shocking,sad demise of  Ghanshayam Bali, a personal and Facebook dear friend.
I am taken back in timeline to the year 1986 when I was undergoing training cum probation at Ghumarwin .
One fine day a gentleman turned up in my office and introduced himself as Ghanshyam Bali, NYK coordinator.Nothing official about the meeting but he had come to know that some fellow Shimlaite was there and had decided to meet me.
As the conversation progressed,I came to know that we had more things in common than being from the same district.Like me he was also a post graduate in English.He had  taught in College as casual Lecturer.
Subsequently, I left the station on being posted to Pooh .Later, when we met, he had been selected as a Treasury Officer and was working as such.
When after spending 18 years in different parts if the state , I got posted in 2002 for a brief period in the Secretariat, I found him working as Deputy Director Small Savings on deputation.He came across as a sober honest gentleman who always talked in a low voice.We kept meeting after long intervals. It was always a pleasure to meet him.
The last we met was some 2-3 years back at Kali Bari temple and had a long rewarding conversation.
His passing away comes as a shock as I always found him active, hale and hearty.
RIP dear friend ,I have met very few like you !! 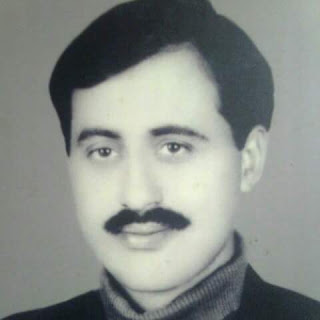