SUNDAY MUSINGS :
Some more than 55 years back, when my  father saw a visiting acquaintance wearing a Bushehri cap, he at once took a fancy to it and requested him to arrange three caps for him. Within days came a VPP from Kullu containing three caps, perhaps Rs.2/50p.  a piece , if I remember correctly.In hind sight I gather that the caps were of middle variety with Shaneel patti in maroon  colour.
In the ' 80s when I got to serve my first tenure at Pooh, I came to know about the socio- cultural significance of the Bushehri/ Kinnauri cap traditionally worn both by men and women. Invited or otherwise visiting guests are welcomed and received by putting the cap on their heads as a mark of honour and respect .
Made with three colours of patti i.e., Green, Maroon & Red, the cap has gained international popularity.The patti comes in three variants viz, Velvet, Shaneel & some coarse cloth, which also determine the price. The velvet version, the most superior of the three these days costs upwards of Rs 400/-. 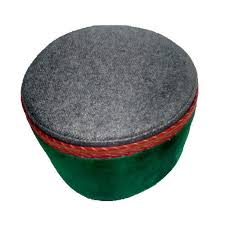 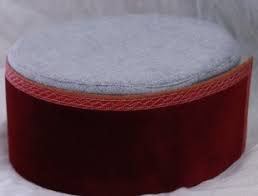 Quite amusingly , the cap for many years now has also added a political dimension to it. The Green is identified with Congress party and the Maroon , with the BJP. A third political party HVC which was in existence for a few years had chosen Red colour.
Amusingly, worldlywise people, not deep into party politics  adopt the colour of the party ruling in the state .
Posted by aarkay at 10:13 AM