My childhood memories of the common multipurpose device called a razor Blade or simply a Blade, are still fresh in my mind. Off and on my father would bring home a packet of BHARAT Razor Blade containing five blades, the wrapper declaring it  'A Malhotra Product'.The brand later changed to Erasmic , Topaz or some other available brands like 7-O' Clock.I call it a multipurpose device, because apart from being used for the shave, it came handy to cut paper, for sharpening a  kachchi pencil etc.

It was quite amusing when some  guest  from village  staying overnight  would in the morning ask for a Blade. To our utter amazement, he guy would  go out in the open and pare the nails with such expertise that not a cut was caused to allow blood to come out.
Some other guest, despite the shaving kit being offered would only ask for a Blade and some warm water and  shave the face smoothly, without a cut or a bruise. I ,for one, use both the simple razor blade  and the twin blade, the latter taking care of the chin down to the neck.
The barbers,  instead of the conventional Ustara , the edge of which had to be sharpened by running up and down a leather strip or on a Flint slab, now use Ustara, fitted with half blade .
The design  and size of  the blade has  remained the same, irrespective of the brand , though quality may differ. 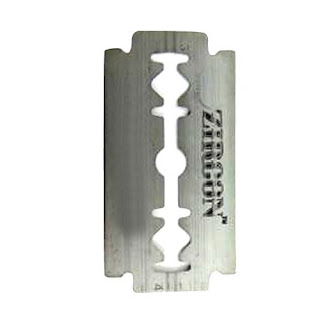 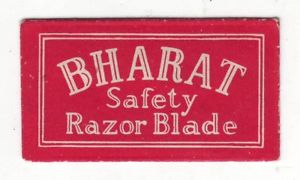 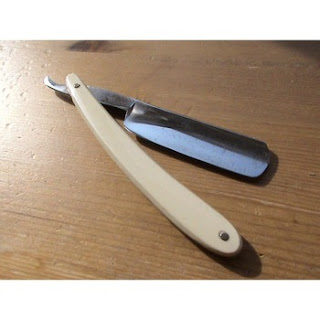