SUNDAY MUSINGS-
Being an Indian, I felt proud when recently Abhijeet Bannerji, an Indian born American  and his wife Esther Duflo shared the coveted Nobel Prize in Economics with Michael  Kremer. This takes me back to 1903 when the couple Pierre Curie and Marie Curie shared the Nobel Prize in Physics  with Antoine Henri Becquerel. However this did not go down well with some  self righteous right wing ideologues who lost no time in pointing out that the renowned Indian Economist so honoured was Left leaning. Sadly this is not the first time that such an irrelevant and out of place statement has come from our public representatives. Mercifully  this is no takeaway from the honour bestowed on the distinguished Economist .

This gone week also saw the observance of the annual Karva Chauth  fast by married women  who stay hungry and without water for the entire day praying  for the well being and long life of their life partner. This also evoked some opposite reactions from some quarters calling it a  symbol of  subjugation of women, much against the modern concept of  empowerment and feminism. However my take on the matter is simple. This is purely a personal matter, best left to the individual , since the fast is not observed under duress or compulsion. However , the Commercial aspect needs a relook and the celebration can be as simple and sober without ostentation. 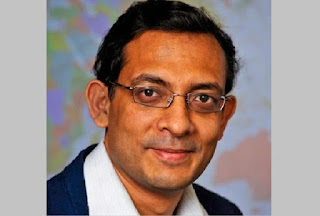