Time has gone ticking by since the beginning of the Universe, whether or not one had the ways ,means and devices to measure it . In ancient times  perhaps man started marking time with the movement of the Sun.
Living in these times, we have had clocks and watches of varios types from the simple hand wound alarm clocks, wrist watches to automatic,
Cell operated, stop watches and analog watches, the ones measuring even the fraction of a second, proverbially the split second meaning and mattering a lot in today's fast moving world. 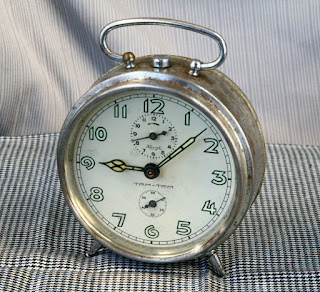 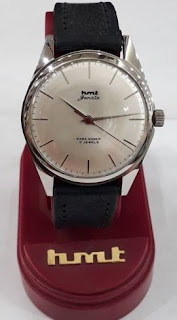 My childhood memories are of a Germany made Kienzle time piece, kept in a wooden case, the English numerals on the dial filled with radium, which would shine in the night darkness. Occasionally, a morning alarm would be set which even at low pitch was no music to the ears.I was equally fascinating by a ' Jeb Ghadi' or a pocket watch of my grandfather,that had Roman numerals on its dial and appeared a perfect replica of the big clock that even today adorns the CTO building at,the  Mall Shimla.I buses to tinker with it whenever we went to the village or our grandfather came visiting at Shimla.
My father had a GAMA wrist watch with English numerals and a dial with red border, that he would graciously give to me during exams to keep track of time while writing .
I had my prize wrist watch in 1972, an HMT Janata hand wound one which though a sturdy one would go 2 minutes faster every day.
This got replaced in 1984 by a Citizen automatic that I got at the time of marriage.
This further got replaced in 2001 by aTitan watch gifed by a dear friend , which I sport even now , notwithstanding the fact that  some considerable amount goes into purchasing a branded strap and the cell, every alternate year.
I do have another Titan watch, which my superstitious wife does not allow me to put on my wrist.
My kids have never felt the need for a wrist watch as the mobile takes care of everything.
Posted by aarkay at 12:36 AM