Today is the birth anniversary of Om Prakash,a leading character actor of Hindi Cinema. Born Om Prakash Chhiber, this day in 1919 at Jammu,he started his career by working in All India Radio in 1937 at a monthly salary of Rs.25/- and the character of Fateh Din he played became very popular in Lahore and Punjab. He was trained in Classical music but did not take up music as a profession. He turned to film acting in 1942 in and in a career spanning five decades, played character roles in films and was a sought after actor.
His filmography includes films like, Dus Lakh, Annadata, Charandas, Sadhu air Shaitan, Dil Daulat Dunia, Apna Desh, Chupke Chupke, Julie, Joroo Ka Ghulam,Pyar Kiye January, Padosan, Zanzeer, Budha Mil Gaya,Nanak Halaal, Bharosa,Mere Humdum Mere Dost, Howrah Bridge, Miss Mary, Sargam,Bahar, There Ghar ke Samne , Doli,Amar Prem, Anurag and many many others. He was cast in comic as well as tragic roles and excelled in both.
He died on 21 February 1998 aged 78.
Our humble tributes to the great Actor ! 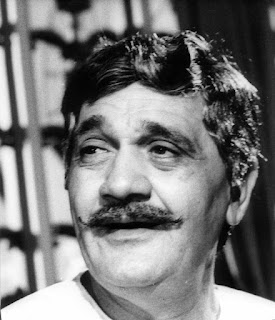