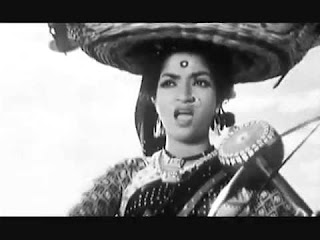 One of the charms of our growing up years at Shimla was the sudden appearance during festive season of a tall person wearing turban, a long  Kurta, tahmat, and  jutti,  moving about in the Bazar and residential area with a huge tokra full of  primitive form of Iktara, also called Kingri, as I have come to know just now. While walking he would play with the instrument the tunes of some beautiful song like Tan Doley Mera Man Doley.....from the movie Naagin, and some other songs. The tune was so attractive and so deftly played that we children would buy the instrument for as little an amount as  25p.or 50p depending on the size. It was a simple instrument with an earthen / clay matka which was covered and through which passed a bamboo strip joined at both ends with a hair- thin wire. A bow-  like device with horsetail hair  tightly joining the two ends would be moved along and across the thin wire to produce the sound. We could never produce any sound, much less a song tune and the money spent would go waste. However the charm persisted and we would buy Kingri again and again.

The actress Sandhya singing the song - Saiyaan jhoothon ka bada sartaj nikla - in the film Do Aankhein Barah Haath, purportedly playing the tune with a Kingri,and carrying the tokra on her head in the same fashion and manner is enough to recreate the scene.