Today is the birth anniversary of Abul Kalam Azad, popularly known as Maulana Azad, a prominent personality of the Indian Freedom Movement.


He was an Islamic scholar , a journalist, a patriot to the core. Coming in contact with Mahatma Gandhi during the Khilafat movement that he spearheaded, Azad became a Gandhi follower and became a votary of Swadeshi and Swaraj movements. 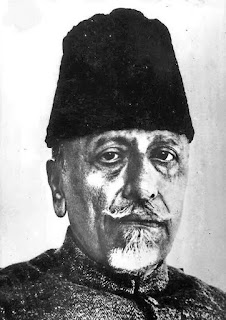 He actively participated in the Quit India Movement.

Post independence, he became the first Minister of Education in the Union Government and formulated the National Education Policy. He is credited with establishing the Indian Institutes of Technology and the University Grants Commission.
He was also a recipient of Bharat Ratna.
His birth anniversary is also commemorated as the National Education Day.
Our humble tributes to the great patriot and the secular face of the Indian polity !
Posted by aarkay at 8:33 AM