Today is the death anniversary of Hamid Ali Khan , better known as Ajit, the popular lovable villain of Hindi Cinema .In the beginning Ajit acted as the lead hero in films like Nastik,Bada Bhai, Milan, Bara Dari and the second lead in Mughal-e- Azam and Naya Daur.He acted in more than 200 films and was most successful villain. Not beating , attacking ,or fighting type but a scheming yet soft spoken one, villainy seemed to drip from every pore of his skin and yet he was lovable. 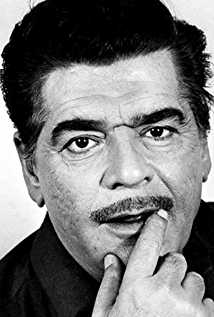 Famous for his dialogues and expressions like Mona Darling, Liquid oxygen and the way he pronounced names like Robert and Michael, his presence guaranteed the success and popularity of a film. He acted mostly as a smuggler of gold biscuits, yet each role had an individuality and peculiarity of its own. Many popular songs and duets were picturised on him when he played roles other than villain.
Most of his notable films include Anand Nath, Halaku.Warrant, Dil Daulat Aur Duniya,Do Gunde, Paraya Dhan, Marine Drive, Aaj Ki Raat,Insaaf,Shikari,Char Din Char Rahen,Opera House, Tower House and many many others.The last he acted in a film called Criminal was in 1995.
Our humble tributes to the great Actor !
Posted by aarkay at 9:19 AM