Today is the birth anniversary of Smita Patil, a celebrated Film and TV actress and also a theatre personality. In a career spanning just a decade, she became a leading actress of parallel cinema , though she worked in mainstream cinema too .She acted in about 80 Hindi and Marathi films and left her indelible print. Her popular and well known movies include Charandas Chor, Manthan, Aakrosh,Chakra, Chidambaram, Mirch Masala,and Bhoomika. 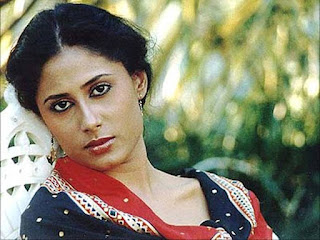