Today is the death anniversary of Jatindra Nath Das, a revolutionary and an Independence Activist , who went on a hunger strike in the jail seeking treatment and facilities for the Indian political prisoners at par with the European prisoners. His demands not being acceded to by the insensitive jail administration, he died after 63 days.He had not completed even 25 years of his age. 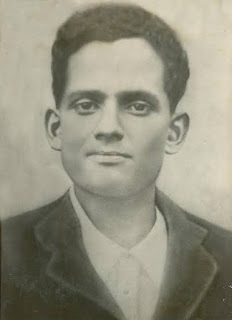 His mortal remains were taken by train from Lahore to Calcutta by Durga Bhabhi, another freedom activist.His body was received at Calcutta by Netaji Subhash Chandra Bose.His popularity can be gauged from the fact that a two kilometre procession followed his body to the cremation ground.
Our humble tributes to the revolutionary !
Posted by aarkay at 5:43 AM