Today is the birth anniversary of Dadabhoy Naoroji, the Grand Old Man of India. A multi dimensional personality, he was the first Indian to be elected to the British Parliament .He is also known as the father of Indian politics being a cofounder of the Indian National Congress along with A.O.Hume. 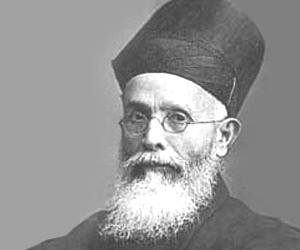 He was also the first to write about the British plundering of Indian resources and called British rule the Un- British rule. One of the books authored by him bears the title Poverty and the Un-British Rule' . His another book us is 'Poverty of India'. He was an educator and a social worker also.

Our humble tributes to this great son of India !
Posted by aarkay at 6:18 AM