Today is the birth anniversary of K.N.Singh, the popular villain / character actor of Hindi Cinema.He worked in about 200 films in a career that started in 1936 and stretched over to 1994 when he appeared in film Lootera.Initially tipped to step into his father's shoes to become a lawyer, his father's defence of a criminal turned him away from pursuing a career as a lawyer. A keen sportsman, who excelled in Javelin Throw, he was set to represent India in the Berlin Olympics but circumstances prevented him from doing so.Turning to films, he made his debut in film Sunehra Sansaar in 1936. He was a popular villain till late '60s and later appeared in character roles of course with a streak of villainy. 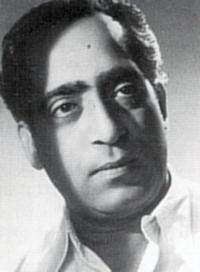