Today is the death anniversary of Johnny Walker, the popular comedian of Hindi Cinema. Born Badruddin Jalaluddin Kazi, in 1920, he acted in about 300 films and added a dimension to neat and clean comedy, never resorting to cheap gimmicks or double meaning entendre. 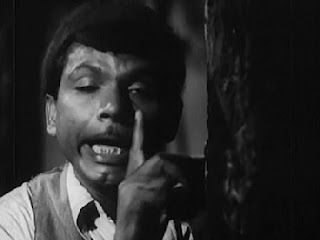 He could take pride in the fact that his dialogues were never subjected to any cut by the Censor Board.
He was a recipient of Filmfare Best Supporting Actor Award and Filmfare Best Comedian Award.
Our humble tributes !
Posted by aarkay at 5:28 AM