Today is the birth anniversary of K.Kamaraj , a former Chief Minister of Tamilnadu and the President of Indian National Congress.A strong leader, he was responsible for elevating Lal Bahadur Shastri as Prime Minister and on Shastri's death making Indira Gandhi the Prime Minister.After split of the Congress in 1969, he headed the rival Party. 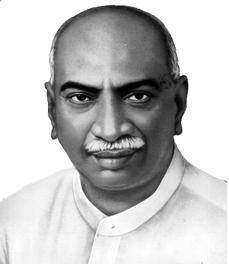 As Chief Minister of Tamilnadu (1954-1963) he introduced free education for the rural poor and the mid-day meal scheme for schools in Tamilnadu.
An epitome of integrity and simplicity he was awarded Bharat Ratna in 1978.

Our humble tributes to the great leader !
Posted by aarkay at 5:43 AM