Today is Mukesh’s birth anniversary. Born Zorawarchand Mukeshchandra Mathur, this day in 1923 at Delhi, the popular playback singer of Hindi cinema is my hot favourite. I am always in a fix, when I ask myself as to which of his songs I like the best - I like most of them for the sonorous quality as well as that peculiar twang which makes Mukesh stand apart from the other singers.Mukesh wanted to become an actor,and did act in movies like Nirdosh and Mela , but without success.As a result he concentrated on singing . Mukesh , though he lent his voice to songs picturised on almost all the top heroes or actors of the time,like Dilip Kumar, Manoj Kumar,Rajinder Kumar , Rajesh Khanna, Jeetendra, etc. , was in particular, associated with Raj Kapoor. Mukesh , the singer ; Raj Kapoor, the actor; and Shankar- Jaikishan , the music duo - were a unique combination.During my college days when I was an avid listener to Urdu Service of AIR, I used to exchange notes regarding Mukesh’s songs with a friend. His song- Nain ka chain chura kar le gayi – from the movie Chandramukhi has many a time had the effect of a lullaby on me. 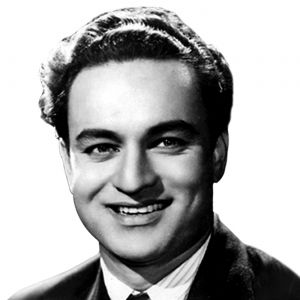 The songs sung by him for films like Aag, Awara,Yahudi,Saranga, Andaaz,Sangam Upkar, Kabhi Kabhi , Milan, Bandini, Anari ,Teesari Kasam , Banarsi thug , and many many others are classics and as such unforgettable. I remember, I won a small bet for the song Dil jalta hai to jalne de – from the movie Pehli Nazar as many others would think that the song was sung by K.L. Saigal , another immortal singer.His song – Jeena yahan marna yahan, is ke siwa jana kahan from the movie Mera Naam Joker became very popular.His duet with Lata Mangeshkar- Kabhi Kabhi Mere dil mein khayal aata hai- sung for the movie ‘Kabhi Kabhi’ is still the heart throb of many . However, another song from Kabhi Kabhi- Main pal do pal ka shayar Hoon - proved prophetic as Mukesh died in Detroit, USA , where he had gone along with Lata Mangeshkar for a concert in 1976 , the year the film was released.
Our sincere tributes to the legendary singer !
Posted by aarkay at 5:54 AM