Today is the death anniversary of Leela Chitnis, the Bollywood heroine of the earlier times.Credited with being one of the first educated actresses of Indian Cinema, she was also the first Indian actress to endorse the Lux brand of soap in 1941, which till then was the sole reserve of Hollywood heroines. Starting as a lead in many of her earlier films, she graduated to playing character roles , typically that of a quintessential mother . 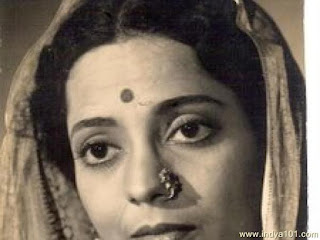 Our humble tributes to the talented actress !
Posted by aarkay at 4:45 AM