Today is the first death anniversary of Mubarak Begum , a very talented but less talked about & discussed Bollywood playback singer who also sang Ghazals and Na’at. She started her singing career by giving recitals on All India Radio . Her playback singing started in films in 1949 with the film ‘AIye’ . Nashad, the film composer- not Naushad , the celebrity composer - gave her the first break . She was most active in the ‘50s and ‘60s and in all gave play back in more than a hundred films, most of which are now in oblivion. She was a talented singer, but did not have the networking skills or perhaps did not care much for the material and financial aspect. A kind hearted woman ,who was ever ready to help others , she did not save any money and was driven to financial difficulties during her last years . 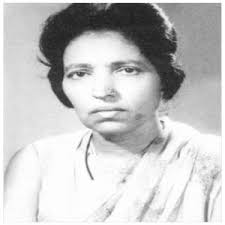