Today is the death anniversary of Digambar Vishnu Paluskar , Hindustani classical vocalist. He is credited with bringing classical music to the public domain by giving a public performance in a Concert charging nominal fee. This was a break away from the Gharana tradition, in vogue those days.He is also credited with the founding of Gandharva Sangeet Mahavidyalay, the first of its kind in Lahore. This was later shifted to Bombay. 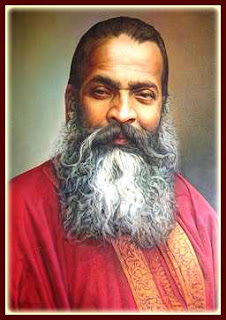 Today we have many branches including Delhi, Ghaziabad and Pune.He also sang the original version of the popular bhajan- Raghupati Raghav Raja Ram.
He died this day in 1931 aged 59 .
Our humble tributes to the maestro !
Posted by aarkay at 6:25 AM