Today is the death anniversary of Dina Pathak, the popular actress who played the quintessential mother / grandmother in many of the Bollywood films.She belonged to the Gujarati theatre,where she acted in and directed plays.She is remembered for her stellar performance in films like Koshish,Mirch Masala, Mohan Joshi Hazir Ho, and Umrao Jaan, besides registering her powerful presence in Saara Akaash, Satyakam,Saat Hindustani, Khoobsoorat,Sacha Jhootha,Golmaal, Khandaan and many others. 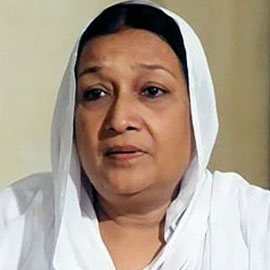 She also acted in Gujarati films like Bhavni Bhavai.
She was a recipient of Sangeet Natak Academy Award
Our humble tributes to the great film and theatre personality !
Posted by aarkay at 6:53 AM