Today is the birth anniversary of Sir Pelham Grenville Wodehouse, KBE British born humorist short story writer and a novelist. Born in 1881, he spent some part of his childhood in Hong Kong where his father happened to be employed. He and his brothers were sent back to England for College education. Later he shifted to France and was taken prisoner by the invading German forces during the early years of Second World War. On release after a year he made some broadcasts from German Radio which offended the British establishment so much that he could not go back to his country again.
He obtained American citizenship also and settled there.A prolific writer he wrote many short stories and novels mainly of humorist nature. 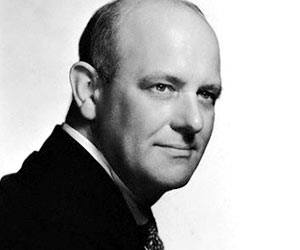 Wodehouse is mostly remembered for the creation of Reginald Jeeves, an imaginary character that figures in many of his novels as well as short stories written between 1915 and 1974.
Immortalised and made popular by repeated use in Wodehouse's works, Jeeves has become an accepted term for a loyal , faithful and resourceful servant or a valet, who has readymade solutions for any of the problems that the employer faces. The term finds entry in the Oxford English Dictionary just like Robinson Crusoe's aide Man Friday.
Blessed with a long life , Wodehouse died on 14th of February, 1975 aged 93.
Our humble tributes !
Posted by aarkay at 4:37 AM